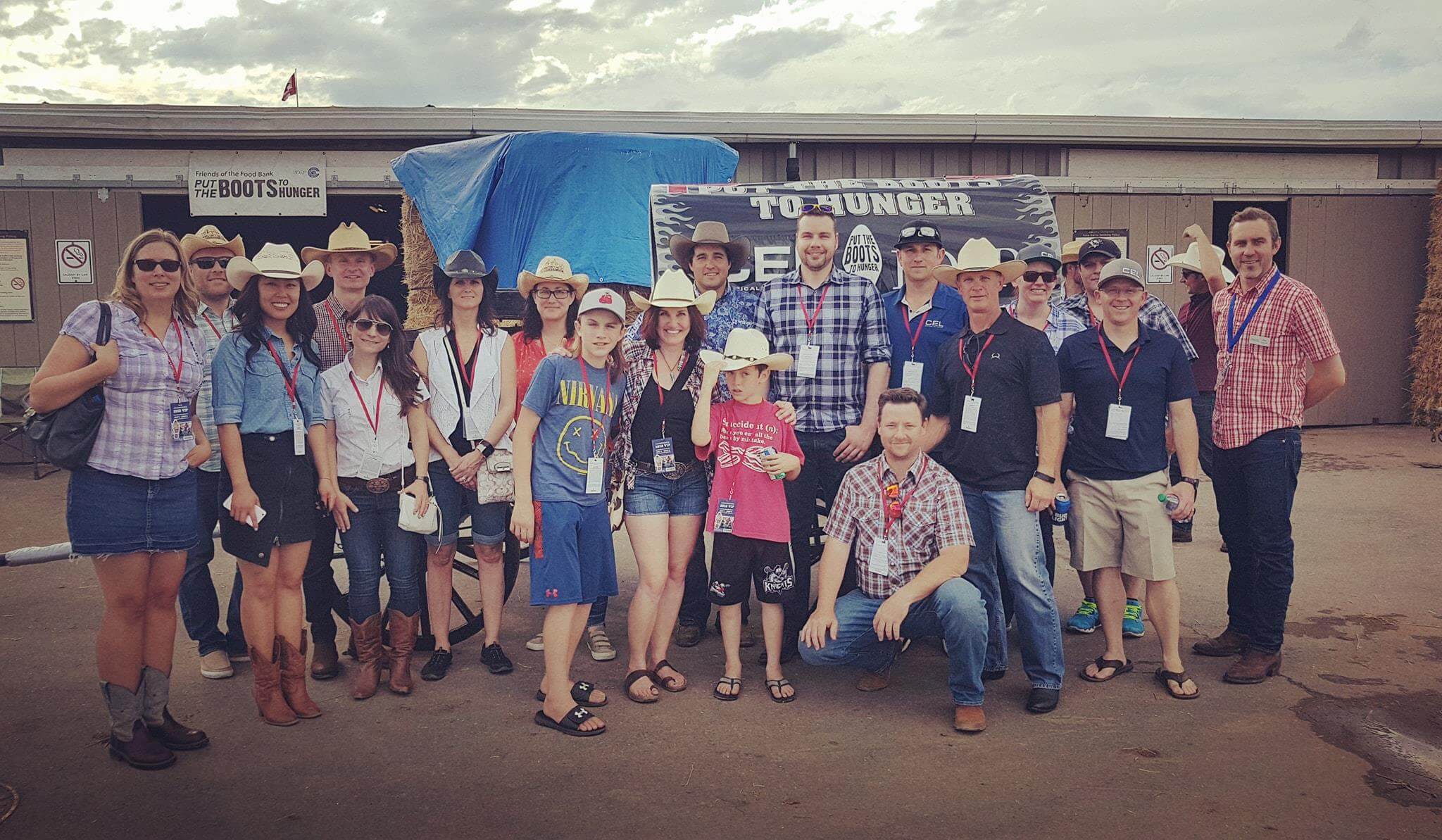 CEL is looking forward to partnering with the Calgary Food Bank and Burnet Duckworth & Palmer (BD&P) to Put the Boots to Hunger™ at the 2019 Calgary Stampede.

For the fifth consecutive year, CEL is a day sponsor of the BD&P Calgary Food Bank chuckwagon. It will be participating in the GMC Rangeland Derby, which is widely considered the showcase event of the world’s most famous rodeo.

It is a novel fundraising idea that is very timely for the Calgary Food Bank and those who rely on its services. The chuckwagon ‘tarp’ (the canvas roof that covers the back of the chuckwagon) is purchased by BD&P, who invites “day sponsors” to have their name displayed on the tarp for one evening of competition. All proceeds from the day sponsors go to the Calgary Food Bank.

Since it began in 2008, the Put The Boots to Hunger campaign has raised more than $4.5 million in food and funds for the Calgary Food Bank. On top of the tarp sponsorships, the Calgary Foodbank collects donations at various events throughout the city over the 10-day event. This July campaign provides a much-needed boost to the Calgary Food Bank over the summer months, which is typically a slow time for donations.

We are excited to have Dustin Gorst as our driver this year. Dustin is a third-generation chuckwagon driver, and we hope you can help cheer him on to victory at the Calgary Stampede, which runs July 5th to 14th. CEL is looking forward to seeing you at the Barns!

How can you help us stomp out hunger?

Is your business or organization hosting a Stampede event? You can invite the Calgary Food Bank to be part of your event and collect funds as part of the 2019 Put the Boots to Hunger campaign. To participate, fill out the following online form or call Caitlin Reid at 403.253.2059 ext. 239.